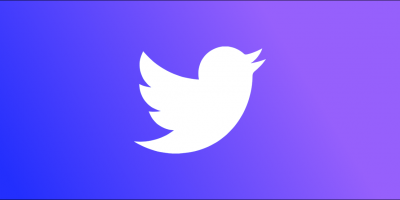 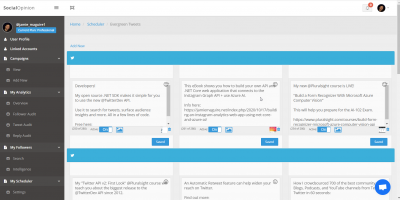 Sometimes you want to repurpose content or make it available in different time zones. You can’t be online 24×7 though.

One thing you can do is to schedule tweets using the Social Opinion Tweet Scheduler. These are then published at a future date of your choosing. This is great for unique content and keeps you ahead of the game.

But what if you want the same tweet to show up 8 hours later as someone starts their day? You could create and schedule a second tweet but that’s more effort.  Another approach is to simply retweet the original tweet later.

I’ve built some automation around this concept into Social Opinion.

When take out a subscription to Social Opinion and login a default schedule is setup in the tweet scheduler for you. These global settings control how your scheduled tweets will be processed.

The first setting (auto retweet after X hours) is the time in hours that must expire for a tweet to be retweeted.

The second setting (default auto retweet) tells the scheduler to activate the auto retweet behaviour of any existing or future tweets and timeslots that you create.

When Social Opinion processes your tweets, these rules are checked, and your tweet will be retweeted.

Global settings defined in the tweet scheduler propagate into every single tweet and timeslot you define. This is efficient but there might be times where you want better control over the auto retweet feature or to disable it for certain tweets.

You have that option too.

As you schedule your tweets, the auto-retweet value is inherited from the global tweet scheduler setting but a toggle let’s you enable or disable the auto retweet capability at the tweet level.

In short no, the service will check for the optimum time to retweet your original tweet. It will also make sure it falls within a suitable time range. For example, you don’t want to retweet something that says “good morning” when it’s not the morning!

The tweet scheduler let’s you see you current and future scheduled tweets but will not display any pending retweets.  This is where the Pending Retweets dashboard helps you.

You use this to see what upcoming retweets you have. You can see the tweet text, the original date the tweet was created on Twitter and when it will be retweeted.  You can also choose to cancel the retweet.

Benefits of the Auto Retweet Feature

Auto retweeting a tweet is a quick way to repurpose content on Twitter. Doing this can help you maximise the reach and engagement your tweets receive. The feature is live and available on www.socialopinion.co.uk.

We’ve seen how the auto retweet feature in Social Opinion makes it simple for you to retarget different time zones by using a single setting.  We’ve also looked at how you can view pending retweets.