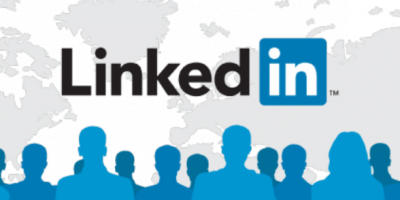 After a recent interaction, no Twitter I published a Poll asking if a tool to search and bulk delete your tweets” would be a useful tool to have.  The Poll ran for a week and almost 87% of people who voted felt the feature would be useful. 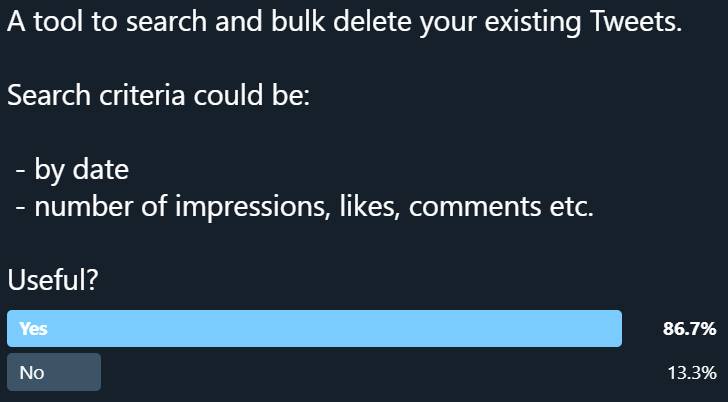 I completed the new features this weekend and added them to Social Opinion. In this blog post I share a preview of the screens, functionality and what you can use them for.

Quite a few people had mentioned that having an option to search against tweets they’ve sent would be useful. The reasons were varied.

Some wanted more control over finding their popular or least popular content.  Others wanted to review tweets they had sent within a particular date range.

The Tweet Audit screen has been extended to include a search bar. It contains several fields that allow you to filter all tweets you’ve sent from the time you first logged into Social Opinion.  You can see this here:

You can use the new fields to filter your tweets using the following criteria:

Being able to search against your tweets using these fields is useful in a few different ways. For example, from the example above, I now have an idea of my most popular type of tweet from the last few days.

You can use this insight to have a think about creating similar content along a theme. Alternatively, use this to better understand your audience or the content that resonates with them.

Some of the reasons given for asking for this feature were:

Any tweets that are removed from this screen are also removed from your personal Twitter account so use with caution! You do get dialogue asking you to confirm your selection.

In this blog we’ve introduced 2 new features that have been added to the Tweet Audit screen in Social Opinion.

You can trial this out at https://socialopinion.co.uk/

Are there any other features you would like to see? Get in touch or drop a message down below.