Are you considering becoming a Pluralsight author? 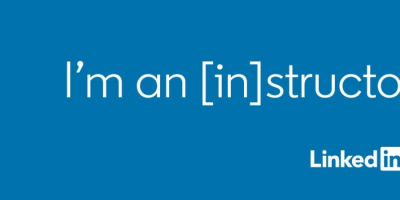 Pluralsight is one of the biggest online platforms that provide assessments, learning paths and training modules to help users and businesses upskill.

If you’re in the tech industry you’ve probably heard of the platform. I’ve used Pluralsight myself in the past to help me upskill too. I did think to myself “it would be pretty cool to become an author on Pluralsight!”

I like the concise clips and learning paths on the platform, they really make it easy to digest and understand the content.

In January I was introduced to an Acquisitions Editor at Pluralsight by an existing Pluralsight Author (thanks Julie!) with a view to becoming one myself.

In this post, I outline the steps you need to go through if it’s something you’re considering doing. I answer some questions, share some tips and advice that will help accelerate you along with this.

Was I successful? Read on!

Can anyone become an Author?

In short – yes, anyone can apply. You can apply from the website. There is a strict application process with many criteria and guidelines you need to account for.  All of this helps ensure that training material on Pluralsight is of the best quality!

Why Become a Pluralsight Author?

The main reason I put articles on this blog is to help reinforce things I’ve learned.  It also gives me somewhere to reference things that I’ve done, found tricky or something that I’ve just found interesting. My thinking is: if I can write about it in a clear way, I can understand it better.

In the past, I’ve delivered webinars and talks and more recently, I had been experimenting with video tutorials on YouTube using Camtasia.

Considering video tutorials on a platform like Pluralsight seems like the next evolution from writing blogs and developer tutorials.

After the initial introductions, you’re asked to create a tutorial which between 6- 10 minutes in length.

The Acquisitions Editor supplies you with Pluralsight branded assets such as slides, icons, and graphics to help your content align with the platform’s look and feel.  You’re also given helpful guidelines and checklists to help give you the best chance of succeeding which is good.

For example, your screen resolution needs to be a specific size for the recording, and you need to use specific slides during the opening and closing sections of your content.

Selecting a Topic for the Audition

I had a look back on tutorials and talks that I had done so I had ideas around the content I could use for the audition. I opted for a tutorial that centred around Azure Cognitive Services. Cognitive Services are a collection of AI services that you can provision in Azure which makes it easier for developers to add AI capabilities to existing applications through API calls.

My plan was to introduce the Text Analytics API and how this API could be used to surface actionable insights in streams of text.

Tip: Pick something you have deep knowledge of. It’ll make it easier for you!

You only have a maximum of 10 minutes to cover your content and Pluralsight do say that they’re more interested in your ability to teach, rather than a full end to end tutorial.

That said, I thought it would be good to have a complete tutorial to give me a better chance of passing their strict approval process. This really made me be selective about the features I would introduce and demo during the audition.

The blogging I have been doing has helped me structure plans for content in the past and I tapped into this experience.

The flow I drafted was:

Delivering the above meant creating a few different assets mainly

I took the points 1-5 and estimated the number of minutes for each section then dumped this into Excel:

It sounds obvious but this made me think about the recorded audio and how much I could cram into each section.  It forced me to really think about the content and would help keep me on track, rather than waffle on.

Tip: Don’t try to cram too much in!

With the structure and timings planned, I could start to think about creating the actual tutorial.

I watched some existing popular tutorials on Pluralsight to get a better feel for the structure, flow and cadence I should be looking to model.  The Acquisitions Editor from Pluralsight was a great help and answered all my initial questions about – thanks Kassidi!

I read articles on the web, reached out to existing Pluralsight authors, MVPs, and Microsoft Regional Directors – again, thanks to everyone who helped answer my calls for help!

One thing I found was that everyone has their own unique approach to creating video content and some use alternative tooling.

In the end, after taking everything into account I decided to start off by:

This obviously misses out some sections of my earlier Excel script.  The missing sections are highlighted in red in the screenshot below:

You might be wondering why I did it this way.

As I created assets that formed sections 1,5 and 6, I took mental notes of how long it would take me to narrate through each of these.

Developers reading this will know it’s easy to get too far “into the weeds” of code, explaining what each line does, narrating it and running a demo.  I wanted to get more accurate timing of each section to help further refine the script.  This would let me know how much time I had left for the remaining sections.

In my mind, the code is just one asset that forms the arc of the story. The other assets are equally important!

With the “nuts and bolts” of the audition complete, I could then work on creating the remaining assets.

Tip: Constantly be thinking of how you can make your audition concise and to the point. Attention spans are getting shorter!

All of this was new to me and as I worked through this process, I had many questions.  The questions and uncertainties lay around the following areas:

The main software tools I opted for were PowerPoint, TechSmith Camtasia and of course Visual Studio for coding. Pluralsight send you an Audition pack that contains sets of slides and templates for use in PowerPoint which save time. Fortunately, I get Camtasia through the MVP Program which saves a few ££££’s.

As this is an audition, you don’t need to purchase a fancy microphone or hardware kit.  The audio quality isn’t being judged (yet) – it’s your ability to instruct. I used £20 set of headphones with a built-in mic.

This was my first instinct, I thought – how difficult can it really be? After I created my slide deck and code, I thought I would just be able to whizz through this. I tried this – several times! It was hit and miss. Sometimes it went ok, but I didn’t reach the standard I wanted.  After 3-4 attempts I decided to script aspects of the audition. Leading onto….

This was one of the biggest things I had to think about. With the time constraints and nature of the content, every word is important.

It’s a bit different from giving a talk and demo in real life where you can freestyle a little, gauge attendee feedback and adapt on the spot.  Taking the earlier point (#3) into account, here is what worked for me:

Here you can see I scripted the audio for the Introduction and Summary slides in Word and read from that.

Demo and code walkthroughs were done without a previously typed up script. I narrated what I was doing in real-time. This was easier as I’m familiar with the code and technology.

Tip: As you build the code your audition, you might have some internal dialogue going on as you implement the functionality.  Drop these thoughts into something like OneNote. This can be reused and potentially form part of your audition.  You may even end up remember this subconsciously so you won’t need to script it.  This is what happened to me.

5.     Should I record the audio and video separately?

Some authors record the entire video without any audio then overlay the audio later. I didn’t do this. I did both at the same time. I created each section of my audition as a series of “chunks” and chained them together in Camtasia with a little editing.  It just seemed more natural for me to do it this way.

It’s HARD to listen back to yourself. Should you sound like a game show host? How fast or slow should you speak? How often should you pause to give viewers time to digest the content? How can you keep the viewer engaged?  These are hard questions to answer.  The only thing that I can say here is to be yourself!

The Pluralsight Audition kit has some great advice:

Tip: When describing code, I decided not to go too far into the weeds. This may be different for a course where detail is important. For the audition and high level 101 courses.  Does the viewer really need to know you need a semicolon here and there?

I don’t think anyone I spoke to had done this. Maybe some do but it’s quite some feat. I had my code sitting and waiting in my second monitor in Notepad++. As I worked through the demo, I’d copy and paste the code in, talking through what each part done.  I also used callouts and graphical boxes to emphasize key sections in the Azure Portal.

Was I Successful after all this?

“Thank you so much for sending this over! We finished reviewing your audition. You did a wonderful job creating an organized, approachable video with great teaching! You kept things interesting, sounded confident throughout the video and provided a perfect amount of information in a clip while using the slides and a demo to help tell the story visually and effectively. “

There was feedback around pauses and using additional callouts to highlight code and to try and avoid using the mouse to guide the user.

The next steps in the process are for me to order a proper microphone, boom arm, pop filter, and kit to make sure the audio is up to a professional standard.  This side of things is a bit of a minefield as again – it’s all new to me.  Fortunately, the Team at Pluralsight and contacts from the tech community are helping me through this.  I’ve also been introduced to my Author Success Manager who will help decide on the first course.

In this blog post, I’ve shared what’s involved when you audition for Pluralsight and some of the things that helped get through this process.

Drop a message below or reach out on social.