Workflow Foundation. What types can I build? When should I use them? 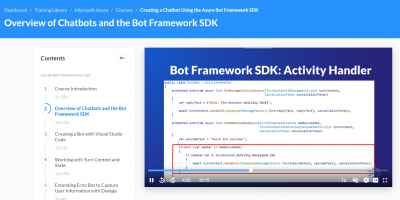 In a previous post I mentioned that I’d discuss the three types of workflow you can implement with Workflow Foundation so here it is.  I also mention how I implemented them and where.

A sequential workflow represents a workflow as a procession of steps that execute in order until the last activity completes.

However sequential workflows are not purely sequential in their execution. They can receive external events, include parallel logic flows and the exact order of activity execution can vary somewhat.  You can leverage correlation to resume a workflow that was previously suspended.  I cover correlation in one of my earlier posts. Where did I use them and why?

I have typically used sequential workflows in conjunction with a Receive and Send Code Activity.

The inner logic of the workflow was responsible for intense number crunching.  The workflow received a data contract with specific properties which were used in calculations to determine scores against an individual.

The workflow then sent calculated scores to other modules of an enterprise application.  Front-end developers didn’t have to concern themselves with the underlying calculations.  They only had data contract properties to the UI elements.

The client wanted to be able to configure various steps of this “top to bottom” process when new legislative bills were passed and to update how the overall scoring was arrived it.  The sequential workflow was perfect as the scoring process ran from top to bottom.

Unlike Sequential Workflows which are linear, State Machines are much more flexible and have an event-guided execution model.  The State Machine Workflow is modelled as a collection of discrete named states, having one active state at a time. These states can contain one or more activities and contain the following basic elements:

States
A finite list of the possible states the state machine can be in.

Transitions
States include a collection of Transitions.  A Transition defines the movement from a source State to a destination State.

Each Transition is configured with a Trigger Activity, typically an event driven Activity such as Receive Message.  A user can also specify an expression as the Condition of a transition.

Final State
A State which upon reaching it will terminate the State Machine.  A basic scenario that can demonstrate a State Machine is a stop watch, detailed below: As mentioned earlier, a State Machine can have Conditions.  A Condition in the context of the above example may be the “Turn Off” condition.  It could verify that the Stopwatch objects current State is not already set to “Off” before attempting to Transition to the “Off” State.

Where did I use the State Machine and why?

I had to build a strict approvals process where the status_id of records could only be progressed from one level to the next via specific roles with accompanying conditions.

Could this have been done in regular C# code?

Yes, but it wouldn’t have been as configurable and the sea of logic wouldn’t be very readable to the user.

Worth mentioning that I also had to persist these state machines in the database as these processes were more than likely going to be long running.  This was achievable by implementing persistence.

Persistence deserves its own post so I’ll cover that in the future!

These are probably my favourite types of workflow to build.

They are more aligned with how people visualise workflows and are very intuitive to read and build. One downside however is the designer canvas can get cluttered very quickly.  The solution to this is to break down your workflows into discrete blocks on logic.

Here we can see a sample flow chart workflow.  It has an entry point, a Code Activity that performs an assignment, there is a decision process too modelled by the Flow Decision Code Activity.  You can see the Boolean logic in the top right (if myStr = “Hello”). Depending on the value of mStr, the text “In True Branch” or “In False Branch” will be displayed.

In some ways, these are like sequential workflows in that they run down a specific path, i.e. from the entry point until they reach the end.

Where did I use them and why?

When I felt there were lots of “moving parts” and I had requirements that consisted of sequential workflows, state machines and flow charts within flow charts.

I put together a checklist to remind me of common things to look for when trying to decide which type of workflow I should be implementing.  There are often multiple solutions to any given business problem and each use case should be judged on its own merits and this list isn’t exhaustive.